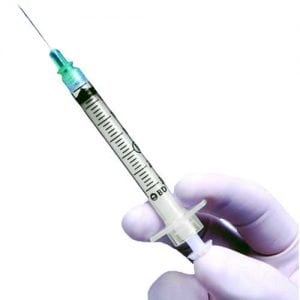 The fast growing population of elderly people in the country is increasing the incidence of Alzheimer’s alarmingly with around two million Pakistanis suffer from the preventable condition and their numbers are mounting, warned health experts on Tuesday.

Alzheimer’s is a type of dementia that causes problems with memory, thinking and behavior changes and the disease is rapidly spreading globally. Every three seconds a person falls prey to it.

Experts said at a press briefing held at a hotel in connection with the World Alzheimer’s Day that the cost to combat the disease globally had surpassed $818 billion.

He shared an estimate agreed upon by the experts globally that by 2050 people affected with the disease would be over 50m worldwide and would upset unlimited numbers of families.

“Dementia is also called ancestral disease and is one of the six reasons of deaths.”

He said mostly the disease was linked with aging and contrary to the perception it could be prevented through remedial measures.

“The average age in Pakistan is increasing, thus increasing the risk of the diseases linked with aging. Alzheimer’s is much common among the people who are 65 or older,” he said.

He added though no treatment of Alzheimer’s was available but its incidence could be controlled through remedial measures.

Experts said due to lack of awareness people did not understand its symptoms and associate it with the old age. Vitamin B-12 deficiency causes memory loss.

Prof Ejaz Vohara called for creating awareness vis-à-vis the ailment and its consequences. “Lack of physical and mental activities is among a few major reasons leading to this disease.”

He said looking after patients with care was must for slowing down effect of the ailment among people suffering. That could also reduce its risk by almost 35pc.

Dr Yahya Amir of Lyari General Hospital said awareness among the general physicians about Alzheimer’s was crucial as they treated such patients in early stages.

Prof Arif Herekar stressed the need for awareness among general public and doctors alike given most doctors were still not adequately aware about the disease and could improve diagnosis and treatment if they were better informed.