The 8th International Government Communication Conference will be held on March 20-21, 2019 in Sharjah, UAE. It will be held under the theme, ‘Behavioural Change Towards Human Development’. 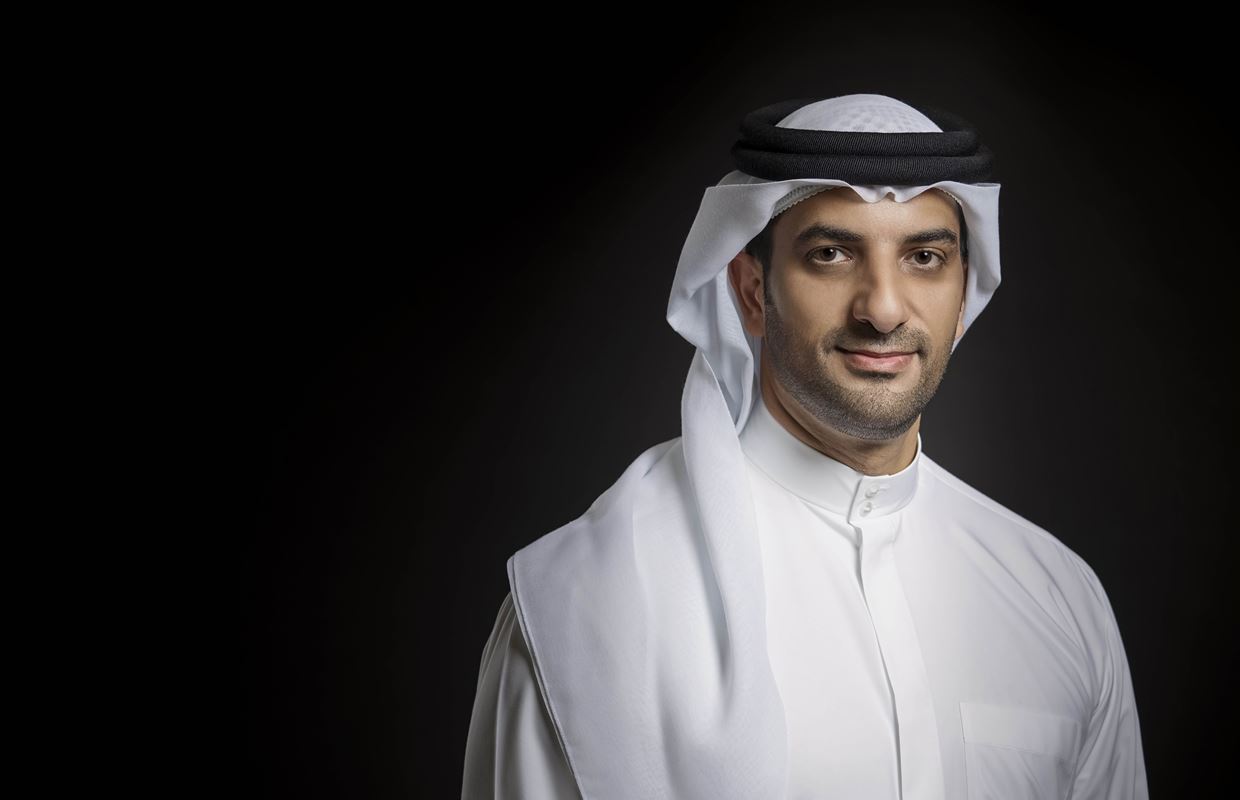 It is organized by Sharjah Government Media Bureau (SGMB), IGCF 2019. It will host prominent figures and top officials from around the world, including heads of state and governments, thought leaders, directors of regional and international organisations, representatives of civil society and study and research centres, media personnel and students of mass communication and media.

Rapidly changing socio-economic trends, psychological bitter realities, geo-political narratives and of course geo-strategic diversity demands a paradigm shift in behavioural change towards human development. It may play a crucial role in the achieving sustainable peace and harmony in the world. UAE is the champion of tolerance and has already declared 2019 the year of tolerance and upcoming international conference with the theme behavioural change towards human development will further strengthen its role in human development.

Behavioural change will widen the scope of human development and humanity. It will be gateway for better human understanding to shun all elements and sentiments of discriminations, prejudices, bigotries and the last but not the least social stigmas. Behavioural change is the basic unit to achieve elements of unity, uniformity and happiness in the society. Being prominent regional expert on UAE & GCC I personally think that the said upcoming conference will be milestone in the history of mankind. 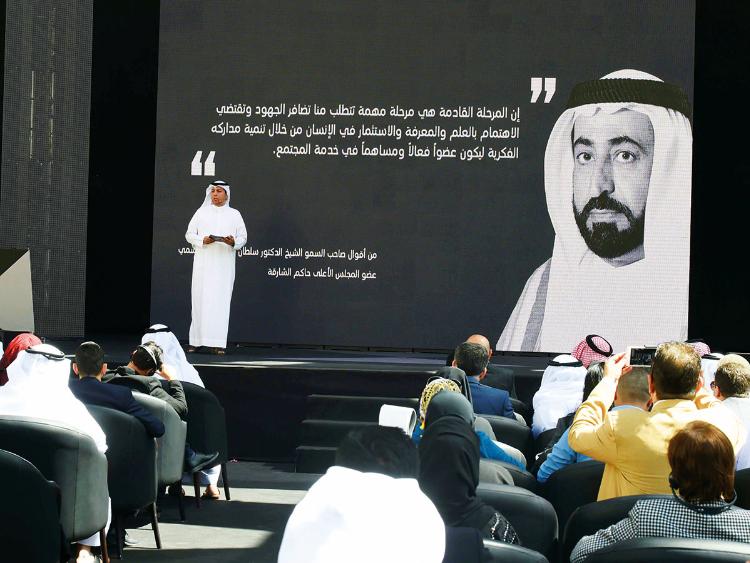 It is expected that upcoming conference will further strengthen the role of government communication in supporting and enhancing human capital development. It will promote human traits featuring discussions on the promotion of healthy habits by elevating the status of education. Moreover, it will build skills of the future by fostering behavioural practices dedicated to sustainability, and how governments can work together to encourage their people to feel individually responsible for human development.
Sheikh Sultan bin Ahmed Al Qasimi, Chairman of Sharjah Media Council (SMC), highlighted the unique focus of IGCF 2019, saying: “IGCF’s previous editions have successfully strengthened communication structures and tools by shedding light on several issues of importance in the field across nations and governments.

“The 2019 edition is set to be one of the IGCF’s most specialised. It will be tailor-made to assessing the role of government communication in promoting positive behaviour around issues of national interest.

It is hoped that local and international communication experts along with behavioural specialists will come together at IGCF 2019 to deliberate on how to realistically incorporate sociology and human sciences into the development and implementation of successful government communication campaigns. “Without understanding people’s mindsets or the behavioural source of their practices, government policymaking will not be as accurate or impactful. Personalised and inclusive government communication one that is complete only with citizens’ equal participation can inspire positive change in people’s attitudes to serve broader public interests,” the SMC Chairman added. 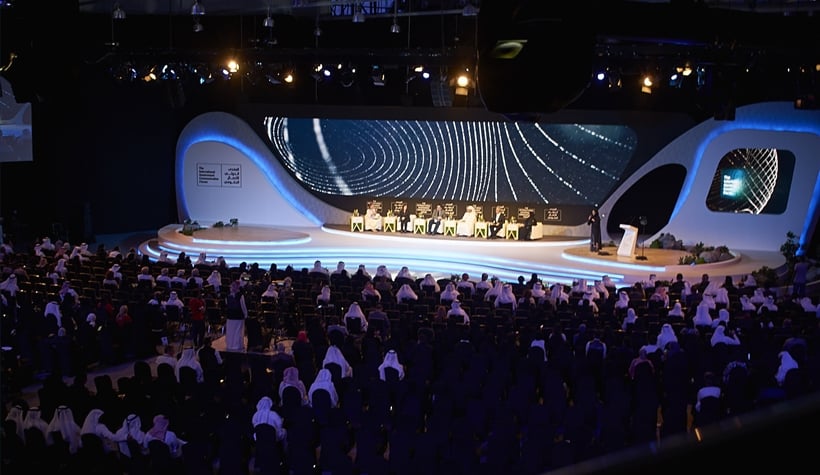 The IGCF was launched in 2012 to translate the goals and vision of His Highness Sheikh Dr Sultan bin Mohamed Al Qasimi, Supreme Council Member and Ruler of Sharjah. It takes after his objective to have individual development as the mission, vision and key target of all government policies and programmes, as any practice that ignores this fact will never succeed.”

We are living in an era of modern technologies and smart world of complex and complicated interaction. Innovations increase connectivity which paves the way of new ways and means for human development.

Modern communication technology makes it easier than ever for citizens to speak directly to governments, and IGCF 2019 seeks to leverage these developments to create behaviour analysis tools and mechanisms that overcome impending challenges to impact citizens positively and support personal as well as community growth.

Since its inception in 2012, the IGCF has been successful in enhancing government communication in the UAE and the Arab world, and developing communication channels between governments and communities. It has brought together many presidents, heads of government, thought leaders, state officials, CEOs of regional and international entities as well as civil society organisations and government communication experts to share their expertise and visions on the best methods of elevating communication and increasing its efficiency to address current and future challenges.

Under the guidance of His Highness Sheikh Dr. Sultan bin Muhammad Al Qasimi, UAE Supreme Council Member and Ruler of Sharjah, Sharjah launched the inaugural edition of the forum in 2012.

It aims to build a platform for better communication between governments and their stakeholders to support the government of Sharjah towards creating a participatory dialogue and to develop government communication mechanisms for the benefit of government institutions in the UAE and the region.

International Government Communication Forum, convergences local, regional and global media experts along with government thought leaders from all over the world in the emirate of Sharjah. By internationalising the title to ‘International Government Communication Forum (IGCF), the forum is set as an annual event to benchmark Sharjah’s media and communications mandate against global best practices, aims to bring the latest professional standards of various governments’ communication methods to the emirate, seeks to address and embed macro topics to develop a collaborative and participatory dialogue with opinion leaders, heads of government institutions, and other officials.

Human being is the ideal combination of various cognitive, emotional, and behavioral capabilities. By putting people at the center of the development process, we start to understand why they choose what they do and the constraints they face. In this regard, the upcoming Forum will further foster human development in the UAE, Arab World and around the globe. Modern disciplines of economics, sociology, psychology, and even political sciences all highlight the importance of behavioral change for human development therefore the 8th International Government Communication Conference will introduce new methods to be implemented for sustainable behavioral change for accelerating human development.

I personally think that by acknowledging individuals’ decision-making processes, including implicit and explicit behavioral patterns, governments can help introduce measures to address and motivate positivity in common people. Government’s communication through constant human friendly policies may bring change behavior to complement its interventions and affect meaningful and lasting change.