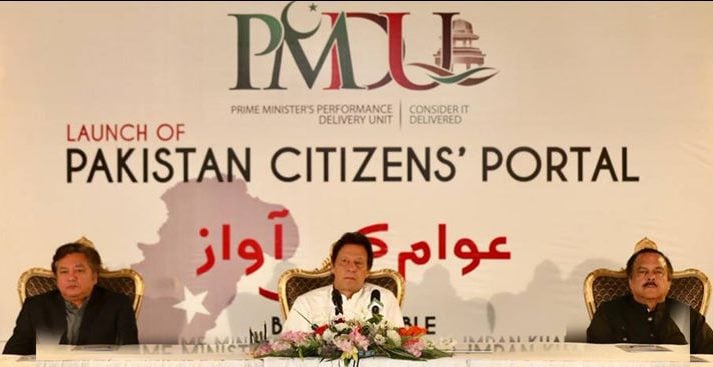 Pakistani Prime Minister has finally launched a public complaint cell, Pakistan Citizens’ Portal, to hear and address public complaints. Addressing the ceremony at the launch of the portal in Islamabad, the prime minister said the government is going to become answerable to the people of

Pakistan for the first time in history.

I shall monitor the complaints from across Pakistan on weekly basis and we all will be held accountable, said the Prime Minister, adding that this system will help the government know what the people think or what they want from the government.

The portal has been set up at the Prime Minister’s Office with an aim to address complaints of the citizens and get their feedback. The PM Office will oversee the process of resolution of public complaints and implementation of recommendations thereof.

Issues related to human rights, corruption, land grabbing, bureaucracy and others can be reported directly to the prime minister through the complaint cell and he will subsequently issue directives for their resolution.

All departments concerned will be bound to take immediate action following complaints forwarded by the countrymen.

The prime minister said that women and minorities and overseas Pakistanis, especially the labor force, will have voice for the first time on whether embassies are being fair to them or not.

“Delay in solution of problems will not be tolerated at any cost, problems will be solved with immediate effect,” said PM Khan in a statement a day earlier.

The complaint cell will comprise 40 telephone lines and will be approachable during office hours. The cell can be contacted via WhatsApp and email as well.

In its first 100 days of governance, Pakistan Tehreek-e-Insaf government has taken a number of steps for the well-being of its people, wherein few notable measures include austerity drive, 5-year plan for polio eradication, plantation and cleanliness campaigns, clean and green Pakistan and Naya Pakistan housing program.