A SUCCESS STORY IN THE MAKING 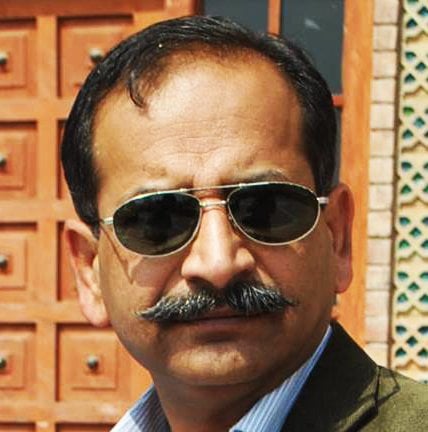 Just before UN’s General Assembly session in USA, the Indian authorities staged another play which took lives of three Indian soldiers in the Indian Occupied Kashmir. According to the script the whole blame was thrown over Pakistan without providing any proof. It is also note worthy that all this was done in response to Pakistani Prime Minister Imran Khan’s desire of peaceful relations between the two countries. He had expressed this desire in his first speech after taking oath as the Prime Minister of Pakistan. Experts are of opinion that Mr. Modi is trying to ignite hatred against Pakistan among the people of India just for the sake of the upcoming elections. He knows it very well that his party has extremely disappointed the people of India and certainly they would not vote for the BJP this time, so he is simply exploiting the traditional hatred against Pakistan as a tool for his success in elections. Such fake Indian dramas are nothing new particularly whenever Pakistan extends goodwill gestures to improve bilateral relations. Indian response to all such efforts always comes in form of some “false flag operations” in Indian Occupied Kashmir.

It is a very interesting fact that after the planned murder of three Indian soldiers by their own companions, the Indian Army Chief Bipin Rawat also started threatening that Pakistan will have to face consequences in form of surprise attacks from India. After his threatening statement, a chopper carrying AJK Prime Minister Raja Farooq Haider and some members of his cabinet was targeted by the Indian forces on 30th September. This act was a sheer violation of international diplomatic rules and traditions. To save India from criticism on this ‘terrorism’, the Indian media started a very well organized campaign against Pakistan just to divert the attention of the critics on the situation. The only objective of all this activity, which is fully and equally participated by the BJP, the Indian Army, the R&AW and the Indian media, is just to support Mr. Modi in the upcoming elections. The fact of the matter is that the brains behind all this are misguided by the notion that by fueling the air with anti-Pakistan emotions, the hearts and minds of the Indian people could be conquered but actually things are otherwise. The people of India are neither fool nor politically immature; they know it very well that hostility with the neighbours could never be in the larger interest of a country. This warmongering attitude of the BJP is never going to prove beneficial for ‘Mr. Modi and Company’. This warmongering mindset in itself is considered a kind of terrorism in civilized societies.

Pakistan knows very well how to deal with such warmongers; moreover for Pakistan this blame game from the Indian side is nothing new as it is an old time tradition of India to fix Pakistan in every episode of terrorism, be it the Mumbai attacks or the Pathankot incident. It seems that India has learnt the technique of fixing Pakistan in every act of terrorism from the state of the art 9/11 incident. It is now an open secret that Pakistan was nowhere there behind the screen or on the frontline or among the schemers or the facilitators of 9/11 incident but even then things were made very bitter and very painful for Pakistan. Our so-called friends pushed us into the inferno of terrorism through a very planned and organized manipulation of the events. Foreign investors and even the local investors were convinced that their investments might go waste in Pakistan because there was no one who could save them from the terrorists. International media particularly the media patronized by the forces hostile to Pakistan also played a very important role in defaming Pakistan. Even a gas-cylinder blast at a gas-filling station was portrayed and projected as a suicide-attack. Street crimes were highlighted in a horrible way; the judicial system as well as the working of the police department and other security agencies was unjustly criticized. In short our ‘well-wishers’ succeeded, though for a short period, in creating an air of fear and dread among the investors and it all resulted in a severe damage to the whole of our economic and social structure. Now things are altogether different. Pakistan army and other security agencies worked day and night with all devotion and all sincerity and succeeded in uprooting this menace of this foreign patronized terrorism. We, the people of Pakistan have started our journey towards a new dawn and certainly thing would get better and better with the spreading daylight. Our struggle for a peacefully prosperous Pakistan would soon be narrated as a success story in the world history.