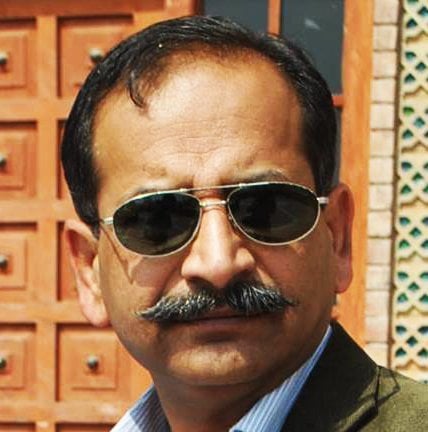 All wishes, all dreams never come true; same is the case with the desire and dream of turning Pakistan into a wasteland particularly with reference to Balochistan. A long portion of Pakistan’s boundaries is guarded and protected by the people most loyal to this land, the people of Balochistan. This loyalty of them is the basic reason of all foreign-engineered law and order disturbance in Balochistan. It is true that things have never been all-fine and all-good in Balochistan particularly with reference to the provision of basic necessities of life including drinking water, health and education but it is also true that the government and the security agencies of Pakistan are doing all their best to solve these problems on priority basis. But the most important issue to be resolved has ever been the interference of foreign elements which has always remained harmful to the law and order situation there. Without maintenance of peace and tranquility in the area no development projects could be fruitful and no prosperity could be guaranteed. The worst troublesome factor is the still uncontrolled flood of rumours and disinformation. A few days back an article appeared on different web-pages and blogs which blamed that the Armed Forces of Pakistan are poisoning different wells and water reservoirs to frighten the local people getting water out of them. The article said that the Armed Forces are doing this cruelty because they want the local people leave the area. Here are the exact words of that propaganda write-up, “At least six people including a woman have died and hundreds of other severely affected after drinking contaminated water from a pond in Tedanch village of district Awaran Balochistan. The reasons for the sudden outbreak of the gastro breakout are unknown. However, some unconfirmed reports suggest that the only water resource in the village has been deliberately contaminated by Pakistan army.” God knows better if the hands behind this disgustingly foolish rumour would succeed in getting their objective but as far as the on ground realities are concerned most of the people in Balochistan very sincerely admit and acknowledge the help and support provided to them by the Pakistan Army. They are logical people and they know it very well that the Army is there to help and secure them not to harm and hurt rather poison them. The Pakistan Army has sacrificed hundreds of lives of its soldiers and officers in fighting with the miscreants who have been a serious threat to the peace and prosperity of Balochistan since long. No doubt it is a very encouraging fact that the political leadership of Balochistan has also always admired and appreciated the positive role of Pakistan Army in bringing peace and prosperity in Balochistan. Sardar Sanaullah Khan Zehri is also one of those who have great regard and respect for the services of the Army in Balochistan. In January 2016, when he was the Chief Minister of Balochistan, he had said addressing a passing out parade of police personnel, “We are thankful to the army and the Commander Southern Command for providing professional training to the Balochistan police personnel to combat terrorism. Army and other security forces have been playing a vital role in restoration of peace in Balochistan.” He had further said, “The army is a symbol of national solidarity. It has been serving people of Balochistan in different sectors, including health and education.”

The role of Pakistan Army in Balochistan has always been very constructive and productive. It seems that ‘innocent mouth-pieces’ of the forces hostile to Pakistan are not aware of the fact that Pakistani security forces have their roots very deep in the hearts of the people of Balochistan. It is also a fact that thousands of Baloch people are a part of the Armed Forces and other security institutions of Pakistan. These forces are there to provide security, safety, trust and confidence to the local people; they are not there to contaminate wells of drinking water. It is an honour for Pakistan Army that it is extending full support to the socio-economic development projects in Balochistan. As far as projects of supply of clean drinking water to the people of Balochistan are concerned, Pakistan Army is doing specific efforts in this context. In the first week of March 2018, the foundation-stone of a desalination plant was laid in Gwadar by Pakistan’s Chief of Army Staff General Qamar Javed Bajwa. This project would be completed with support and assistance of the UAE and Swiss governments. According to the details provided to the media, the said project would fulfill a long-awaited demand of the local population by providing them with 4.4 million gallons of water per day with a capacity to increase the production to 8.8 million gallons per day. This desalination plant would reach its completion by November 2018 and it would help a lot in resolving the issue of scarcity of drinking water in the area. This project of water desalination plant is a part of the Khushhal Balochistan Program. This program includes opening of new schools and colleges, provision of electricity and natural-gas and construction of new roads and bridges in the far-flung areas of Balochistan. Khushhal Balochistan is in fact a ten-year package plan for the people of Balochistan and it is initiated by the Pakistan Army with the help, assistance and support of the Federal government. Experts are of the view that these development projects will transform the lives of people of Balochistan. The so-called and self-claimed liberators of an already independent Balochistan are really frightened of the development projects resulting in peace and prosperity of Balochistan. They must come forward and give a helping hand to those who are trying to paint the picture of Balochistan with colours of peace and prosperity.