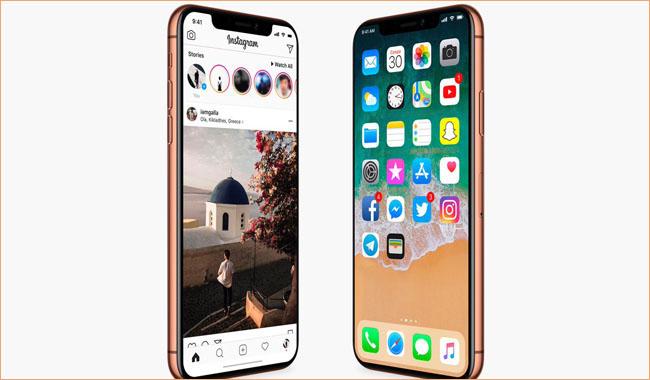 Apple iPhone 8, iPhone 8 Plus and iPhone X will be launched by the technology giant in one of its biggest events ever. Apple’s September event will go live at 10.30 pm IST on the Apple website itself and for fans of the company this will be a big one. The iPhone X as it is now being called marks 10 years since the device first launched in January 2007, when Steve Jobs unveiled the touchscreen device. The launch itself is taking place in the Steve Jobs Theater in the new Apple Campus, which is designed like a giant spaceship.

Apple will likely unveil three iPhones. According to leaked source code, the names will be iPhone X, iPhone 8 and iPhone 8-Plus, though we’ll have to wait till Apple officially confirms the same. So what will the new iPhones offer? Here’s a detailed look.

Apple iPhone 8, iPhone 8 will see some minor upgrades compared to the iPhone 7 and iPhone 7 Plus series. Now in the past, the expectation was these will be called iPhone 7s, iPhone 7s Plus, but that has changed thanks to the new set of leaks. The aluminium chassis design we’ve seen on the iPhone 7 series will continue with the iPhone 8.

Apple will upgrade the processor from the A10 chip to the A11 in the new iPhones and we could see these start at 64GB instead of 32GB. However, the rear camera will likely remain at 12MP on both, though the Plus series will continue to come with the dual rear camera.

iPhone 8, iPhone 8 Plus won’t be getting an OLED, bezel-less display either unlike the special edition iPhone. Apple will stick with the 4.7-inch and 5.5-inch LCD display on these smartphones. The new iPhones will run iOS 11 at launch, and the price could at par with what we’ve seen in the past.

Apple iPhone X or iPhone Special Edition is the big one. This will have a 5.8-inch bezel-less OLED display, and will actually be more compact than the iPhone 7 Plus or iPhone 8 Plus in terms of size. It will also have a glass and steel design, with the front and back being all glass held together by a steel frame. The device is similar to what the iPhone 4, 4s used to have in terms of design. There’s also going to be a face recognition scanner on the front for unlocking the phone.

What will be gone from the iPhone X is the Touch ID and physical home button on the front, according to leaked images and reports. Touch ID under the display did not prove to be successful for Apple and this particular technology might take some time to appear on phones.

It will come in Black, Silver, Blush Gold and Gold colours, though the front panel is expected to be entirely in black. However, reports from analysts and US media indicate the iPhone X will be in short supply after the launch.

Apple iPhone X will start at 64GB storage with 256GB and 512GB versions also expected. The pricing though could $1000 plus for this special iPhone going up all the way to $1300, which would make this the most expensive one till now. What price Apple picks for the iPhone X in India will be closely watched.

Apple iOS 11 will be powering these new iPhones and it brings some key design changes. The control centre has been re-designed with a single page spread and is more customizable. The taller design also makes it seem this has been made keeping in mind the iPhone X and its taller display.