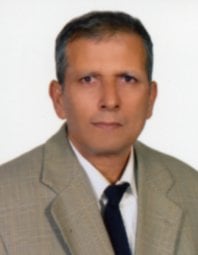 PROTECTOR OF CITIZENS RIGHTS THE FEDERAL OMBUDSMAN DID NOT ANSWER

A lot has been talked and commented on the attestation of the famous Qatari Prince’s letter by the Pakistani Ambassador to Qatar.  Different comments were heard in the talks shows that attestation was the job of the Consular and not that of the Ambassador, as such, as to why the Ambassador did it.  Mr. Javed Hafeez is our ex Ambassador having served in many countries with a clear record. The serious readers read this intellectual as he touches issues based on his long foreign service experience.  Recently, he wrote that though the Ambassadors generally don’t attest documents, yet under no law or procedure there was any bar on an ambassador in doing so.  Quite a good reference.
2.      Qatari Prince, as per the recent reports, refused to meet the JIT in the Pakistan Embassy Doha.  He contended that in doing so, he was accepting the jurisdiction of the Pakistani laws over him. But in fact, this refusal, though not said, was his “royal status”.  Instead, he wished he be visited in his royal palace.  By attesting a document; a Consular or an Ambassador, legally verifies, confirms and certifies that the person issuing and signing the document in-question “signed before me”.  Very logical question arises while getting his letter attested by the Ambassador, did the signatory Prince did visit the Pakistan Embassy or,  that purpose, our Ambassador went to the royal palace taking with him the official stamp?   Or as generally happens in our beloved country, just a paper came on the table of the Ambassador in the Embassy and without caring who had actually signed that, attested it verifying “signed before me”?   I am sure there must not be any rule or formality for an Ambassador not to go to any royal palace, but will the learned Javed Hafeez also update his serious readers if there also is any written rule or procedure “allowing” the Ambassador to take with him the official embassy stamp to a personal palace?
3.     A few years back, I got 8-9 Documents viz Affidavits, Undertakings etc attested on huge cost from the Pakistan Embassy Bahrain.  I signed, as per the practice, in front of the Consular in presence of two witnesses presenting all of us copies of our Passports/IDs.  When I presented these attested Docs to the Government Department concerned in Lahore, the same were rejected on the ground that the Embassies attestation was not acceptable.  I was advised to get those attested from a “Justice of Peace” situate at Raiwind Road Lahore which I had comply with.  I took up the issue with the Federal Ombudsman when the Ministry of Foreign Affairs submitted that the Missions can’t take responsibility of the contents of their attested Documents.  The Federal Ombudsman nodding to this contention of the Ministry, dismissed my complaint.  The Federal Ombudsman, the protector of citizens rights, did not discuss or even touch in his Final Order my million worth question that if missions attestation was not acceptable, why then to keep on huge national expense the Consular Sections world over and that as to why huge money was charged from the people by these Consulates if their attestation was of no worth.