The making of Pakistan’s Putin 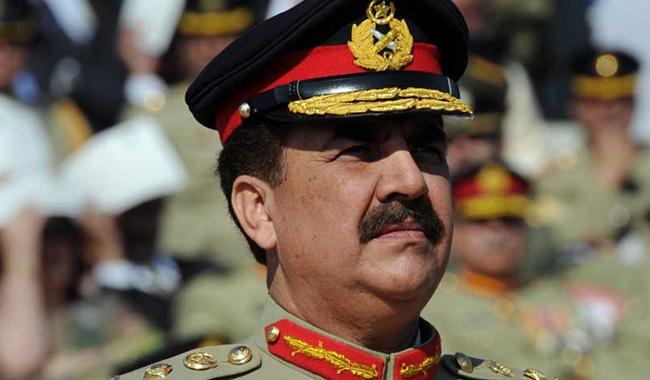 I think – and I could be dead wrong and if I am, let me go to Sehwan Sharif to atone for my misjudgment – the most important event in Pakistan’s recent history will happen post-November when Gen Raheel Sharif puts up his spurs and a successor takes his place.

I can bet anything that when his departure ceremony takes place in General Headquarters and he formally relinquishes his command there will be on his face not the wan, wistful look that Gen Musharraf had when he was handing over his baton to Gen Kayani. Musharraf was looking back on his years of glory and was uncertain about the future, correctly as it soon turned out, Kayani, his anointed successor, in effect becoming his Brutus.

Gen Raheel will face no such predicament, his circumstances entirely different. His success as army chief will be behind him. But a future that could well be promising will be before him. He will have taken off his uniform. But given Pakistan’s circumstances, and the general’s standing with the public – wide sections of which already look upon him as a national hero, for the way he has led from the front and taken up difficult challenges – there will arise, sooner than anyone can think, the opportunity, or indeed the temptation, to plunge into the murky sea of Pakistani politics.

Gen Raheel’s record is enviable. No army chief before him has won the laurels he has. Army chiefs, historically, have been flattered and made much of when at their posts. They have been forgotten if not vilified after their departures. Gen Raheel for a change has won a great measure of public support and approval because of the things he has done – Fata, Karachi, and being there every time when danger or tragedy has struck. When he steps down this status, far from diminishing, is likely to be strengthened.

Because 1) there is a leadership vacuum in the country; 2) this emotion-prone country has always been looking for a saviour and deliverer; and 3) no one fits the saviour model more than Gen Raheel. It’s almost as if his three years as army chief have led inexorably to this point. And fortune and the Fates have been kind to him.

He could easily have fallen by the wayside. If the conspirators had succeeded and he had seized power during the dharnas in August 2014, as he could have done, that would have been the end of him politically. Fata would not have happened and Karachi would have remained unsettled, the Karachi Fuehrer still calling the shots. And the corrupt oligarchs in power, far from being finished, would have turned once more into the martyrs and champions of democracy that they became after Musharraf’s coup…and Pakistan would have been stuck with them for another decade.

That was the first temptation and a lesser man would have succumbed to it. The second temptation lay in the matter of an extension. If Gen Raheel at the hands of the corrupt oligarchs had accepted any kind of extension, three months or three years, he would have shot himself not in the foot but the stomach, the equivalent of falling on his sword. That would have been the end of him and his legend. And the oligarchs would have gone laughing all the way to the banks where their billions are kept, their nervous looks replaced with triumphant smiles.

There was a third trap which Gen Raheel could have fallen into. After his announcement last January that he was not interested in any extension and would take none, he could have sat back in his chair, taken it easy and become a lame-duck. But he has been active throughout, keeping to his punishing pace and, to the dismay of the oligarchs, continuing to lead from the front.

His speech in GHQ on Defence of Pakistan Day was the speech of no army chief. It was a tour d’ horizon, a state of the nation review, encapsulating the achievements of the armed forces in retrieving the spaces of national sovereignty lost to the forces of terrorism. There was not even a remote reference to the role of the government, perhaps rightly so because in the reclaiming of the lost spaces the role of the government has been zero. Democracy purists, fighting democracy’s battles heroically from their armchairs, would take umbrage…for these were words more apt on the lips of a national leader.

But this is Pakistan’s reality today, the oligarchs occupied wholly with what comes easiest to them: money, the underhand deal turned into an art form; and abdicating the tough decisions to the army. And the army chief was like Caesar addressing his legions, paying scant attention to the Roman Senate and the politicians.

An analogy from the past may hold a light to the future. When Bhutto stepped down as foreign minister in 1966, to see him off at the Rawalpindi railway station were a handful of well-wishers. Of what awaited him in Lahore the next morning he had not the slightest inkling. But a charged crowd was there, filling the platforms and the overhead bridges. Bhutto went to the Governor’s House for lunch with the Nawab of Kalabagh and his train kept waiting. When he returned the crowd was still there and as he climbed into his saloon he stood at the door and, overcome with emotion, he wiped his eyes with his handkerchief and threw the handkerchief into the crowd and it was torn to pieces. A year later was laid the foundation of the PPP.

I have a feeling or it could be my fantasy that such a homecoming awaits Gen Raheel when he is no more army chief. The nation, in the grip of moneyed politics, is directionless. It knows neither its purpose nor its destination. Pakistan has been saved, the forces of terrorism defeated, lost sovereignty retrieved, but the leadership vacuum remains.

Corrupt leaders can pull a nation down, as corrupt and visionless leaders destroyed the mighty superpower that the Soviet Union was. Strong leaders can pull a nation up, as Vladimir Putin has restored relevance and a measure of greatness to Russia. Pakistan awaits its own Putin who can stem the rot, reverse the process of national decline and give point to the Pakistani quest for purpose and relevance. Pakistan may be at the cusp of such a moment.

I have another feeling: that this battle-tested army will stand for no Ziauddin Butt as its chief. The decision will come from the army, not the oligarchs – to ensure that into safe hands passes Gen Raheel’s hard-won legacy.