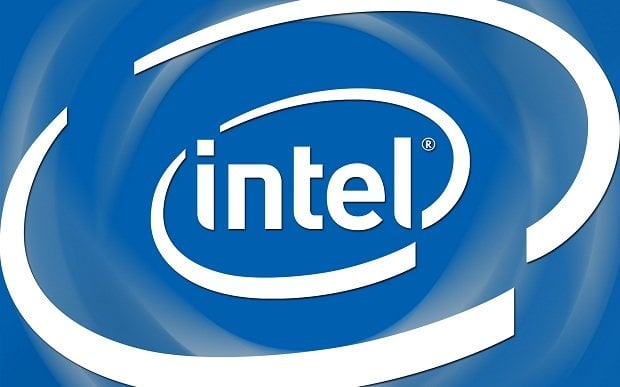 CES 2013 To hear Intel tell it, the days of the good ol’ laptop are numbered, and the future belongs to touch-enabled convertibles – laptops that lead a double life as both clamshells and tablets.
“We fundamentally believe that there’s a convergence happening between what traditionally have been notebook computing and tablet computing, and a new range – or a new segment – that we’ve called the ‘Ultrabook Convertible and Detachable’,” the head of Intel’s PC Client Group, Kirk Skaugen, told his audience of footsore journos during a press event at CES 2013 in Las Vegas on Monday.”Intel Corporation has rapidly been modifying its product line to address this segment,” he said, continuing a theme that he introduced at last September’s Intel Developer Forum (IDF), when he first rolled out Intel’s push towards convertibles and detachables.
Of course, to push Intel chips down into the tablet market – whether that tablet is a standalone device or coupled to a keyboard in some way – required some fast footwork when it came to processor power requirements.
At that IDF event, Skaugen reminded us, Intel had promised that with its 4th Generation Core processor line, code-named “Haswell” and scheduled to appear later this year, that power requirements would dip to 10 watts. It turns out that Intel-reliant OEMs won’t have to wait that long.
“What I can say today is that Intel is executing on all cylinders,” Skaugen boasted, “and I’m very pleased to announce that we’re not going to have to wait for the 4th Generation Core or later this year to get this kind of performance.”
Instead, he, said, Intel has managed to reduce the power requirements of its 3rd Generation Core, aka “Ivy Bridge”, chips down not only to the promised 10 watts, but all the way down to seven watts.
Skaugen, however, didn’t elaborate on what enabled Intel to shrink the 3rd Generation Core’s bottom line down to seven watts. No mention was made, for example, of clock speed, core count, or cache size, or whether the seven-watt chip was merely a deep bin sort of an existing Core chip – but he did say that the chips were in full production today.
He also boasted about the new chip’s performance. “We’re roughly talking about performance here … that’s about five times the performance of an Nvidia Tegra 3 product,” he said – but without defining what he meant by “performance”.
This low power requirement, Skaugen argued, will allow Intel to fit inside form factors where it has struggled. “These’ll deliver thinner, lighter, and longer-battery-life platforms,” he said, “both in convertible and detachable, and even tablets.”
Skaugen trotted out a gaggle of convertibles and detachables to demonstrate Intel’s vision of the brave new laptop world. He showed, for example, a 10-millimeter, 800-gram Acer Aspire convertible system that will be available this spring in Core i3, i5, and i7 models, and an upgrade of the current Lenovo Yoga convertible that will available this June for $799 that can fold up as either a tablet or clamshell, or be used in “tent mode” – which we’re sure you can envision.
He also predicted that by the end of the year, touch-enabled Ultrabooks will be available for $599.
Haswell, he said, will bring more improvements. “Haswell is the first product line that was designed, ground-up – the 4th Generation Core – for Ultrabooks,” he said, and announced that all Ultrabooks based on that processor line will have a “mandatory touch requirement – to be an Ultrabook in the 4th Generation Core, it will be required to have touch.” Also mandatory for Haswell-based Ultrabooks will be Intel Wireless Display, aka Wi-Di.
Battery life? “What we’re announcing today,” Skaugen said, “is with the 4th Generation Core we’re going to be able to deliver the largest battery-life increase, generation-on-generation, in the history of Intel Corporation: absolutely all-day battery life, where you just don’t have to bring your power brick at all anymore.”
Finally, Skaugen demoed an Intel prototype of a Haswell-based Ultrabook that, despite being just 17 millimeters thick, has battery packs behind both the keyboard and the display which together will provide 13 hours of battery life. The CPU sits behind the display, and the display can be removed from the keyboard. Voilà – you have a 10-millimeter, 850-gram, Core i5 or i7 tablet with what he claimed would provide up to 10 hours of battery life.
Much ink has been spilled in the past year about Intel being late – too late, some have said – into the low-power processor market. And those ink-spillers have been correct: it’s been a long, tortured path for Intel as it has struggled to get its processors anywhere near in line with the lower-performing but decidedly more power-miserly ARM-based processors from world+dog.
Whether the company’s focus on touch-enabled convertible and detachable Ultrabooks will induce enough OEMs – to say nothing of users – to adopt first the new seven-watt 3rd Generation Core processors then the 4th Generation Core Haswell processors later this year remains to be seen. Also uncertain is whether the neither-fish-nor-fowl convertibles and detachables will find market-share love.
But to be fair, you gotta give Intel engineers an “A” for effort – even as you give the company’s executive team an “F” for vision. Odds are there’s a lot of midnight oil being burnt in Santa Clara and Hillsboro these days.