The SULTANATE OF OMAN, “Switzerland” of the Gulf Cooperation Council (GCC) has outperformed other regional countries in terms of GDP growth and economic sustainability during the current fiscal year. It has diverse natural beauties and fascinating human history.

Once a middle-income economy heavily dependent on depleting oil resources, the Sultanate of Oman has been actively pursuing a comprehensive “development plan” focusing on “diversification of economy, resources and channels of production”, “massive industrialization” and “befitting privatization”, with the objective of reducing its reliance on the oil sector’s contribution to GDP and creating more employment opportunities for the rising number of young Omanis entering the workforce. 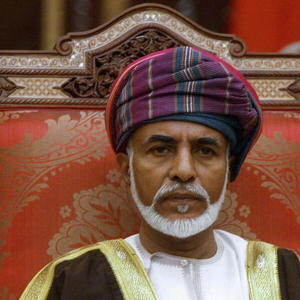 The presence of wise leadership’s represented in His Majesty Sultan Qaboos Bin Said, who has a “far sighted” view on all issues, and the “immaculate capacity” to deal with potential developments and emerging trends. The Sultanate enjoys “political stability”, “social harmony” and “security” all over its lands. It follows a “free market policy” and respects individual property rights. The natural resources available and the strategic “geographical location” of the Sultanate of Oman is considered one of the countries that provide a “suitable” and “encouraging climate” for “foreign investment”; this is particularly true after the “reformulation of laws” and regulations relating to this during 1994.

The government of Oman has been rigorously initiating various reforms to achieve the desired goals of diversification of economy. Being prominent regional expert of Oman/GCC, it is hoped that ongoing “structural reforms” will bring more “stability” and “sustainability” in its macro-economy wherein, tourism, service, construction, banking and human capital sector will achieve their targets in the days to come. It announced its diversification drive in 1995 which has now double its real income. 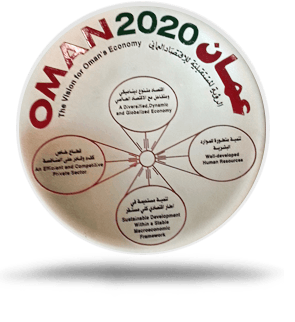 Vision 2020 was announced and implemented in 1995. It was design to steer the Sultanate toward a more sustainable and diversified economy by using oil revenues to boost investments in health, education, and social services, better train citizens, and raise living standards across the board. Oman’s Vision 2020 is a giant step towards “economic liberalization”, “business & investment policies”, “easiness of doing business”, “rampant growth of renewables”, and “artificial intelligence” which will paving the way for further and bolder reforms to be attempted and implemented under Vision 2040.

At the instruction of His Majesty Sultan Qaboos bin Said, Vision 2020, a plan for Oman’s economic future up to the year 2020 was set, outlining the country’s economic and social goals, which include: “Economic and financial stability”; “Reshaping the role of government” in the economy and “broadening private sector participation”; “Diversifying the economic base” and sources of national income; “Globalization of the Omani economy”; “Upgrading the skills of the Omani workforce” and “developing human resources”.

Oman is the “first country” in the GCC which announced and implemented Vision 2020 & 2040. The government is working hard to boost “Omanization”, throughout the economy, as much as possible. In addition to drastically boosting Omanization rates, Vision 2020 is also trying to increase women’s participation rate in the economy, encourage SMEs to bid on megaprojects, and boost the competitiveness of the private sector. It also introduced rigorous Omanization policy in 2018 and subsequently, forced a six-month ban on employing foreigners in 10 sectors and 87 professions which included IT, media, engineering, accounting and finance, air traffic, insurance, marketing and sales, technicians, administration, and HR sectors. 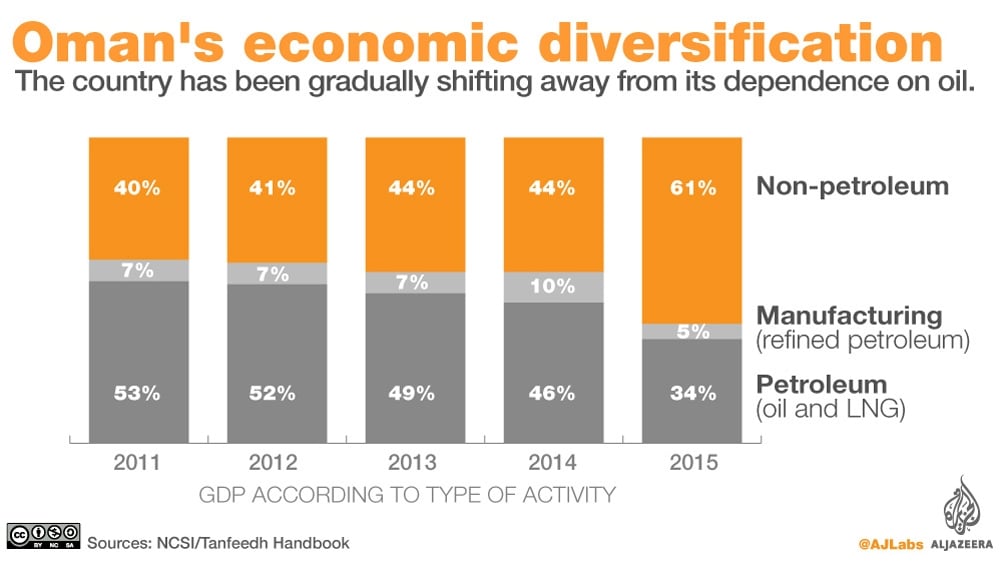 His Majesty Sultan Qaboos bin Saeed has strategic vision about his people and economy alike. He introduced Vision 2020 which enhanced the economic diversification. It has been implemented in the 9th five year development plan (2016-2020). The program also aims to draft a clear and accurate plan to increase external and domestic investments and follow up implementation of the economic diversification program. The industrial sector has for long been the foundation of Oman’s long-term diversification strategy as it is also capable of meeting the country’s social development needs and generating more employment opportunities.

It has been designed to implement the plans and programs meant to achieve further prosperity of the Omani society and sustain economic growth, modernize the national economy and diversify its income sources and this will consequently lead to employment of more Omanis in the various economic sectors and promote the living standard in the various Omani governorates. A planned growth of non-oil sector has been pursued which is now paying its dividends. Being prominent regional expert of Oman & GCC it is hoped that these diversified but integrated structural reforms will increase “investments”, “per capita income”, “overall GDP”, “role of non-oil sector” in the national income to benefit all parts of the country.

Diversification leads to of economic stability and sustainability. Diversification further strengthens Omani national economy in case of any internal or external X-factor. Diversification further promotes elements of smarter economy, digitalization, automation and artificial intelligence. Oman’s has one of the largest tourist’s attraction in the GCC and MENA. It invested in the Park Inn in Muscat and the Golden Tulip in Nizwa. It is shortly opening the Park Inn in Duqm. A five star hotel in Salalah in a 50-50 private public partnership with Omran is near of its actual operationalization. Oman is also developing resorts on the coastline, and has four hotels under construction from four to five stars.

Vision 2040 is aligned with the United Nation’s sustainable development goals. It focuses on various objectives. It has four important elements i.e. people, so that no one is left behind, knowledge based economy, protection and preservation of the environment and peace. The impetus behind Vision 2040 is to operate as the guiding document for the development of national implementation programs, including the next five-year plan between 2021 and 2025.

It is hoped that Vision 2040 will kindle a coherent development framework and galvanize the collective resources necessary to propel the Sultanate towards a sustainable, knowledge-based economy.

Oman’s ambitious Vision 2040 strategy, first unveiled last year, seeks to catapult the Sultanate into the ranks of the world’s most ‘developed nations’.  It has a comprehensive “blueprint” and “road-map” for achieving targets economic growth of around 5 per cent annually over the 2021-2040 time frame.

Part of its Vision 2040 objectives is to nurture maritime hubs to leverage Oman’s strategic location at the crossroads of the Arabian Sea and the Indian Ocean, which eventually will pit them economically against the UAE. Moreover, Oman as a logistics hub is vital to China and other regional countries.

Underpinning the transport and logistics infrastructure Oman has committed further development of ports of Duqm, Salalah, and Sohar. Duqm has now emerged as the Sultanate’s flagship venture. Envisioned as a significant engine for its diversification initiative, it has already seen substantial investment from the Chinese.

Developing people and creating a knowledge-based economy that focuses on individuals and their ideas, as well as maintaining peace are the cornerstones of Vision to 2040, and Oman is focusing on innovation, technology and protecting the environment as pillars for completing the vision and leading Oman to a future in tune with the United Nation’s goals.

Oman has decided to turn its attention towards young people and their needs in order to create a future suited to them. Vision 2040 is people centric and focuses on the young generation. It will definitely facilitate technological development and institutionalization, the fourth industrial revolution and empowering youth and women in society.

The Sultanate of Oman under the “strategic leadership” of HIS MAJESTY SULTAN QABOOS BIN SAID has already achieved “economic miracles” in the age of weak global economic prospects. Massive diversification of economy, resources and channels of production has already transformed it into a “hot attraction” for the foreign companies and investors alike to make huge investments in the country. Future economic prosperity, high ratios of GDPs, GNPs, social development, high literacy rate, provision of best medical facilities and housing are heavily dependent on its ongoing structural reforms under the umbrella of “Vision 2020 & 2040. Both are “game and fate changers”.

Peace, one of the integral parts of Vision 2040 is a “en-cashable commodity” which has “multiplier effects” in Oman’s persuasion to achieve “un-shakeable” “economic stability” and “sustainability”. Peace has “direct correlation” with political stability and Sultanate of Oman is undoubtedly enjoys “political steadiness” despite widespread virus of so-called “Arab Spring” in the region. Oman’s future economic prosperity and political stability is deeply dependent on massive diversification, knowledge based economy, influx of FDIs, further development of tourism, SME, further empowerment of women, Omanization, services, banking & financial sector, aviation, sea economic routes, and above all further strengthening of non-oil sector in the days to come.