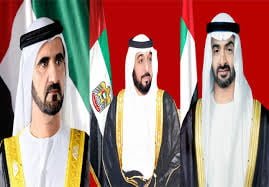 Most recently the United Arab Emirates (UAE) has accelerated its 43rd Armed Forces Unification day with zeal and patriotic passions. Unification Day of UAE Armed Forces stands for unity, dignity and determination. It signifies the founding fathers’ strategic vision about security and stability of the country. It glorifies the strong willpower and resolve that are cornerstones on which the UAE and its achievements were built. It speaks for bravery and stands for loyalty, and dedication. UAE leaders have highlighted the importance of the unification of the UAE Armed Forces in safeguarding the nation and preserving its achievements.

This is simply a day to salute all men and women in all branches of the service who protect UAE and its people. They can be called upon at a moment’s notice to perform a risky and perilous mission for freedom and country they are the real sons of soil. 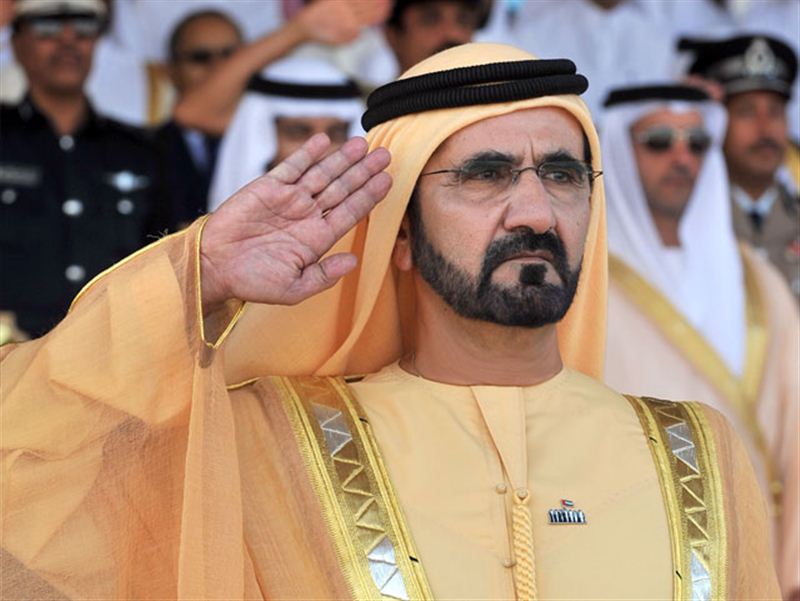 The President, His Highness Shaikh Khalifa bin Zayed Al Nahyan; His Highness Shaikh Mohammed bin Rashid Al Maktoum, Vice-President and Prime Minister of the UAE and Ruler of Dubai; and many others paid high tributes to the Federal Supreme Council, led by the late Shaikh Zayed bin Sultan Al Nahyan, on its historic resolution to unify the UAE Armed Forces 43 years ago. The Federal Supreme Council had unified the UAE Armed Forces under one flag and one command on May 6, 1976.

United Arab Emirates (UAE) has the unique model for the successful unification of its armed forces in the region and as well as in the world. Right from the beginning, UAE under successive visionary leadership institutionalized strong armed forces by increasing its military capabilities and moreover modernizing its weaponry. Now it guarantees smooth sailing of governance, territorial sovereignty and national pride. It leads the way of glory, durable peace, and sustainable socio-economic development.

Different research papers and articles of different journals especially “Nation Shield” indicate that the unification of the UAE armed forces had not been smooth and easy but ultimately the strong political will of the visionary leadership prevailed which strengthened the Federation, developed and upgraded the armed forces in its all aspects and acquired vast knowledge in the different military fields. It gradually unleashed a comprehensive process to bring in state-of-the-art weaponry and acquired the most modern military field skills.

According to National Shield Journal the Armed Forces are now made up of more than 51,000 personnel; 44,000 in the Army, 2,500 in the Navy and 4,500 in the Air Force. Before 1976, the UAE had about 3,000 regular military personnel. According to reports published in the UAE “Dira’ Al Watan” magazine on the said event highlighted the UAE’s armed forces’ success in adopting modern defence systems and technologies in a relatively short period of time. It also highlights salient features of strong defence, self-reliance and deterrence.

Unification of armed forces and UAE foreign policy has direct correlation. It has been one of the main pillars of its foreign policy since its inception. It created strategic cushion to combat any foreign aggression and strived always hard for good neighbourly relations. Throughout its history, armed forces have been playing a major role in humanitarian assistance and peacekeeping operations in the country, region and around the world. It has been one of its leading organs of soft image drive.

UAE armed forces have been doing wonders in different international peacekeeping missions around the globe. Describing the troops’ role as “maintaining world peace and security”, President His Highness Shaikh Khalifa Bin Zayed Al Nahyan has earlier called their deployment overseas an “important arm by which the UAE can apply its humanitarian principles”.

The UAE Armed Forces played a vital role in international peacekeeping missions across the world, thus reflecting the principles and values of the UAE’s foreign policy. It highlighted the UAE armed forces’ distinguished status and their brilliant history which is filled with achievements.
There is no doubt that the wise policy laid down by the late Sheikh Zayed bin Sultan Al Nahyan (May God bless his soul) and pursued by His Highness Sheikh Khalifa bin Zayed Al Nahyan, has motivated the UAE people to extend a helping hand to the needy. They have gained wide experience in handling people of different backgrounds.

The above given table clearly shows the valuable services of UAE Armed Forces towards peacekeeping missions and humanitarian operations in the different parts of the GCC, MENA, and around the globe.

Moreover, the UAE specialist army forces supported the UN mission in Afghanistan, where they were the only Arab soldiers undertaking full-scale operations. Their roles included providing protection for relief workers and offering a stable environment for the rebuilding of communities in a number of provinces. Their involvement over the past five years reflected the UAE Government’s desire to see a Muslim presence in reconstruction efforts in Afghanistan, which included work on new schools, medical clinics and mosques.

Prevailing geo-political and geo-strategic challenges of stability and security in the GCC and MENA once again reconfirms the strategic vision of UAE Founding Fathers towards Unification of Armed Forces. It has now become “strategic asset” and first “Line of Defense” against any aggression.

Secrete of UAE Armed Forces successes depend upon the ideal combination of modern weaponry, professionalism and passion towards the protection of its motherland. Sense of national duty, strong political wisdom and commitment transformed the role of armed forces as facilitators of sustained macro-economy, stabilized system, society and above all guarantors of national pride and sovereignty.

UAE is an independent and sovereign country which has its own indigenous modern Defence System of production & surveillance to cope all the merging trends in and beyond the region.

President His Highness Shaikh Khalifa Bin Zayed Al Nahyan, said uniting the defence forces of the seven emirates under one flag and central command, is an important milestone in the journey of building the federal state and strengthening its structure, empowering its people and consolidating its institutions. President Al Nahyan further highlighted that there is no development without security and no security without a strong national army. A united and high professional and competent military is a source for security and safety and a core component in the building of the state.

He emphasized that we must salute to our armed forces for performing sacred duty of defending the nation, safeguarding the gains and achievements of the state and people. We also express respect and reverence to our martyrs who offered the ultimate sacrifice with their lives to keep the UAE’s flag high as a symbol of force, dignity and pride. We also ask Allah to make Paradise their eternal abode and grant patience and solace to their families, he added.

His Highness Shaikh Mohammad Bin Rashid Al Maktoum, Vice-President and Prime Minister of the UAE and Ruler of Dubai, said: “Our armed forces play a central role in safeguarding the UAE, by keeping up with national achievements while developing their capacity in the areas of organisation, armaments and training of national cadres, equipped with high skills and knowledge

He highly appreciated UAE Armed Forces remarkable achievements in building human manpower, state institutions, infrastructure, national army and specialised bodies. He acknowledged that UAE has been ranked among top nations in human development indicators as well as among the most secure and stable countries and in the field of power and military effectiveness.”

Shaikh Mohammad said the UAE Armed Forces receive widespread respect and appreciation from all countries in the world, in recognition of the good qualities and courage and competence in implementing their tasks.

His Highness Shaikh Mohammad Bin Zayed Al Nahyan, Crown Prince of Abu Dhabi and Deputy Supreme Commander of the UAE Armed Forces, said the UAE Armed Forces symbolise the nation’s strength and might, stressing that the continuous development of the armed forces, in terms of armaments and training, remains a priority.

“The leadership firmly believes that the UAE’s development must be safeguarded, and that a country capable of defending its interests in a world full of threats and challenges needs sophisticated military power to ensure its progress and development,” he said

The Land Forces Command held a ceremony marking the 43rd anniversary in the presence of Staff Major General Saleh Mohammad Al Amiri, Commander of the UAE Land Forces, and a large number of officers. During the ceremony, a speech was delivered to shed light on the importance of this national occasion, celebrating the outstanding achievements and accomplishments of the UAE Armed Forces and marking with great dignity the martyrs’ sacrifices for the nation.

The Naval Forces observed this cherished national occasion in the presence of Major General Shaikh Saeed Bin Hamdan Bin Mohammad Al Nahyan, Commander of the UAE Naval Forces, and a large number of naval personnel. During a special ceremony, a speech was delivered to note that the unification of the country’s Armed Forces was in response to the hopes and aspirations of the UAE’s people to consolidate the federal entity by establishing its foundations and building its institutions along with organising its structures.

Major General Staff Pilot Ebrahim Nasser Mohammad Al Alawi, Commander of the UAE Air Force and Air Defence, along with a large number of officers, also marked the occasion with a ceremony and a speech noting the significance of this national occasion.
The commemoration of the 43rd anniversary of the Unification of the UAE Armed Forces, it was noted, is considered to have been a decisive event in consolidating the Union’s march and fortifying its foundations.