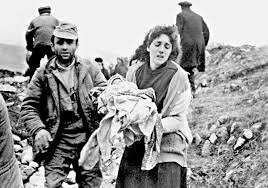 Armenia is an anti-human country which always believes in genocides and ethnic cleansings. Horrendous crimes committed by Armenia are unlimited. Azerbaijan has had been confronted with Armenian aggression and use of brutal power.

Being prominent regional expert on Azerbaijan and Central Asia I just noticed an article entitled “Strange estrangement: Pakistan and Armenia” written by Mr. by M Abrar Ameen published in daily English Newspaper Pakistan Tribune on November 3, 2018. It is based on of self-desire long with lots of political and historic distortions. Writer seems to be ignorant of national history of Azerbaijan and its peaceful political struggle against a terrorist state Armenia.

Being a banker by profession, the writer seems to have very limited knowledge about art of diplomacy, international politics/relations, economics and law. He committed very serious blunders/errors belonging to history, geography, tradition, culture and of course modern civilization, just to show case his own blind love and attraction towards a fascist state, Armenia. M Abrar Ameen categorically tried to tarnish the bilateral relations of both the countries. So called pseudo-intellectual of this article had a blind inclination towards Armenia, the aggressor and “cultivation of genocide”.

Pakistan, Azerbaijan and Turkey have cultural, social, religious and civilisational ties. Even now one can find signs of Pakistani culture in these countries which were preserved by the people of the two countries. While visiting Azerbaijan, I personally witnessed the 15th century Multan Saray in the centre of Baku built by Baku rulers of that period for the merchants from Multan, Pakistan. Both countries share various linkages with Pakistan. Pakistan, Azerbaijan and Turkey have also “strategic dialogue/partnership” which reflects the real essence and strength of their relations. Governments and people of Turkey and Azerbaijan have been very kind and supportive to Pakistan and its people since inception.
Azerbaijan and Turkey always supports Pakistan’s stance on Kashmir, the leadership of these countries have openly stated that Jammu and Kashmir dispute should be settled on the basis of the relevant resolutions of the Security Council. Azerbaijan and Turkey are one of the four members of the OIC Contact Group on Kashmir.
I want to ask Abrar Ameen what can possibly be achieved through the recognition of Armenia by Pakistan? Not a thing, except hurting the hearts of more than 130 million Turkic Turks and Azerbaijani Turks in their countries and in the world who have very high respect for Pakistan and Pakistanis. With its 3 million population, most of them impoverished, and its high and alarming rate of brain drain, poverty and unemployment ratios, Armenia is not a reliable partner. Although Azerbaijan opened its doors to Armenians throughout history but they have time again proved to be unreliable. Recognition of Armenia will achieve nothing but strain ties between strategic partners.

For the last 26 years the Republic of Azerbaijan has had been trying its best to resolve the Nagorno-Karabakh within the “frame of possibilities” under true spirits of international law, rule of sovereignty, respect of human rights and the last but not the least, mutual respect. 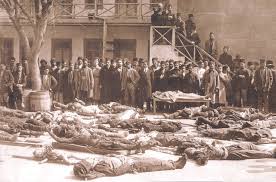 Armenia occupied more than 20 percent of Azerbaijan whereas Nagorno-Karabakh remained an ancient and historical part of Azerbaijan. Now the continued occupation of Azerbaijani territories by Armenian armed forces is a threat to peace and stability in the South Caucasus, as well as a source of destabilization for the region in the future. More than one million of Azerbaijanis became refugees and internally displaced persons. Armenia conducted the policy of ethnic cleansing against Azerbaijanis in Armenia, Nagorno-Karabakh and seven other regions of Azerbaijan. According to Azerbaijan’s official figures over 3,800 people went missing due to Armenian aggression. Moreover, 872 out of 3,868 missing people were captured or became hostages of Armenian soldiers during intense combat action, and are currently kept in caption by them. “They are 591 military personnel and 291 civilians. The civilians include 29 children, 98 women and 111 elderly people.

The Republic of Azerbaijan is not an aggressor as claimed by M Abrar Ameen. Right of Azerbaijan on Nagorno-Karabakh territories is even recognized by the United Nations Security Council which adopted four resolutions 822, 853, 874 and 884 condemning the use of force against Azerbaijan and the occupation of its territories in 1993. It reaffirmed respect for the sovereignty and territorial integrity of Azerbaijan, reconfirmed that the Nagorno-Karabakh region is an integral part of Azerbaijan and demanded the immediate, full and unconditional withdrawal of the occupying forces from all the occupied territories. Moreover, it demands, including in the first place the withdrawal of the occupying forces from the occupied territories of Azerbaijan, have still not been implemented, and the mediation efforts conducted for the last 20 years within the framework of the Organization for Security and Cooperation in Europe (OSCE) have also yet to yield results. The OIC, Non Aligned Movement (NAM) and Organisation of African Unity (OAU) have also showed their support to Azerbaijan against Armenia, the illegal occupant.

Azerbaijan never used violence against Armenia as depicted by M Abrar Ameen in his disorganized, disarrayed and misinformed article whereas Khojaly genocide was an ethnic cleansing of Armenia forces against helpless Azerbaijanis. It was an act of barbarism and naked use of military power but it could not produce any dint to the spirits of Azerbaijanis.

Whereas, Azerbaijan never violated truce whereas Armenia has been conducting systematic, deliberate and targeted attacks on civilian population encompassing inter alia women, children and elderly residing in the densely populated areas adjacent to the frontline. Moreover, Armenia’s direct and deliberate attacks against the Azerbaijani civilian population and civilian objects, constitute a serious violation of international humanitarian and human rights law, in particular the 1949 Geneva Conventions and Additional Protocol I thereto, the Convention on the Rights of the Child and the Convention for the Protection of Human Rights and Fundamental Freedoms.

Pakistan reaffirmed the sovereignty and territorial integrity of the republic of Azerbaijan within its internationally recognized borders. It demanded implementation of resolutions of the UN Security council and the UN General assembly on immediate, complete and unconditional withdrawal of all Armenian forces from all the occupied territories of Azerbaijan and calls upon the international community and international organizations to urge Armenia for the implementation of these decisions. It supported the efforts of the Republic of Azerbaijan to resolve the Armenia-Azerbaijan Nagorno-Karabakh conflict by peaceful means. But sorry to say, so-called Pakistani writer M Abrar Ameen has tried to spoil the trustworthy bilateral relations of Pakistan with strategic partners like Azerbaijan and Turkey with his misconceived article published in the Pakistan Tribune.

Writer M Abrar Ameen suggested that by establishing “Pakistan-Armenia Culture Forum” bilateral ties would be achieved between two sides. Culture is a holistic approach whereas, Armenian cruelty is well established. Culture is the reflection of harmonious human spirits whereas; Armenian is the birth place of various horrendous crimes against humanity/Azerbaijanis. Moreover, climate, nature and natural resources have been polluted because of criminal psycho of Armenia. Physical infrastructure has been demolished. Cultural buildings have been flattened. Agricultural activities have also been diminished in these areas.

Pakistan-Armenia Culture Forum cannot be icebreaker because of Armenian hideous crimes against humanity and helpless Azerbaijan people living in occupied areas. It is matter of human blood not banking transaction. It is not matter of cultural association alone it is also matter of trust, traditions and tumults where Azerbaijanis laid their precious lives for their beloved country.

Azerbaijani population was repeatedly subjected to the gross human rights violations, ethnic cleansing and deportation accompanied by inhuman and degrading treatment by Armenian nationalists (in 1905-1907, 1918-1920, 1948-1953, 1988-1993). The most horrible one of such tragedies against the Azerbaijanis is the genocide committed 100 years ago, on March 31, 1918, and it differs for its severe atrocities. Since March of 1918, thousands of the Azerbaijani civilians have been killed on the ground of their nationality; people were burned alive; rare historical monuments, schools, hospitals, mosques were ruined.

To achieve dreams of great Armenian its nationalists expanded their illegal activities in the early 20th century. It was coined by the Dashnaktsutyun Party which systematically expelled Azerbaijanis from their historical lands and native homes and embarked on a policy of ethnic cleansing and genocide. For example, in 1905-1906 the Armenians committed massacres against Azerbaijani civilians in Baku, Ganja, Karabakh, Irevan, Nakhchivan, Ordubad, Sharur-Daralayaz, Tiflis, Zangezur, Gazakh and other places, perpetrated ruthless massacres against the local population, burned and destroyed cities and villages. Armenian armed forces destroyed more than 200 Azerbaijani villages in Shusha, Zangezur and Jabrayil region, Irevan and Ganja provinces, expelling tens of thousands of Azerbaijanis from their homes.

Genocides against Azerbaijanis committed by fascist Armenians were acts of darkness, destruction and indecency. It was act of ethnic cleansing and siege of ignorance and arrogance. Armenia destroyed infrastructure. It polluted nature and natural resources. It tried to change the existing geographic proposition in the illegally occupied areas of Azerbaijan. What will bring recognition of Armenia to Pakistan, Nothing? Armenia is a poor country, having highest rate of brain and drain. Poverty and unemployment ratios are very alarming. Recognition of Armenia as desired by the said writer achieve nothing but a strain among strategic partners Pakistan, Azerbaijan and Turkey in the days to come.

Pakistan, Azerbaijan and Turkey have cultural, social, religious and civilizational ties. Right from the beginning, the governments and the political leaderships of these countries have been keen to further develop and consolidate the bond of friendship and brotherhood. These countries share commonality of opinion on different regional and international issues and supported each other on challenges faced.

The writer M Abrar Ameen also tried to destroy Turkish’s rich history and traditions which are based on humanity not enmity by narrating it’s so called ethnic cleansing towards Armenia. Time and again Turkey has reiterated its peaceful stance towards any conflict.

I conclude pseudo-intellectual like writer of this article should first read the historic, political, social and economic aspects of Nagorno Karabakh and then try to penning on it. Although we live in an artificial intelligence arena where globalization plays very important role still spirits of humanity and justice have deceive factors. Survival of humanity does not mere based on power politics, sense of care and stand against cruelty, injustice and genocide are crime against humanity and Armenia is the icon of planned genocide against peaceful Azerbaijan.