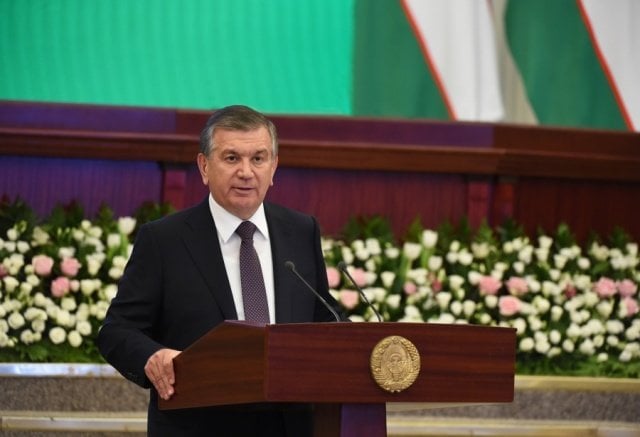 The Republic of Uzbekistan celebrates its 26th independence day. President H.E. Shavkat Mirziyoyev has delivered a remarkable speech at the Solemn Ceremony Dedicated to the 26th Anniversary of Independence of the Republic of Uzbekistan. During his valuable speech his covered all aspects of state craftsmanship. He paid great tributes to the unlimited services of Islam Abduganievich Karimov, the founder and first president of the country and termed him “prominent statesman” and unmatched “political figure”.

President H.E. Shavkat Mirziyoyev summarized miracle of splendid achievements in the fields of socio-economy, politicization, democratization, qualitative life, security, stability and sustainability during the years of independence. Respect for humanity, institutionalization of human values and rights, restoring national statehood, customs and traditions, holy religion and ensuring and the last but not the least, respectable place among the nations of the world have been achieved and sustained through visionary leadership, honesty having strong political will to excel.

President H.E. Shavkat Mirziyoyev has also elaborated strategic importance of “National Plan 2017-2021”. It enhances the state and social construction and ensures the rule of law. It reforms the judicial system, further developing the economy and social sphere. It ensures security, inter-ethnic peace and religious tolerance. It pursues a deeply thought-out, mutually beneficial and pragmatic foreign policy as the main directions of our development.

It is indeed a “paradigm shift” in the government of Uzbekistan which will definitely increase “vertical” as well as “horizontal” efficiency by reporting and catering the needs of the people and moreover, further strengthens “people connectivity” in the country. Now mayors of all levels, heads of ministries and agencies, prosecutor’s office, judicial and law enforcement bodies, deputies and senators travel across the country and report about their activities to the people on the ground. It is a holistic approach to provide all possible practical assistance to reduce everyday problems throughout the country.

Modernization and Diversification of Economy

National Plan 2017-2021 focuses on modernization and diversification of economy, production of competitive goods, increasing the export potential of our country and, thus taking a worthy and firm place in the world market, the president added. Furthermore to achieve that goal, thousands of projects have been implemented during the past short period within the framework of programs of socioeconomic development, modern high technology plants and factories are being constructed, new jobs are being created, he pinpointed. Moreover, structural reforms mainly, introduction of new methods and attracting investments to growing the export-oriented crops, have been introduced in the agricultural sector which will increase the farmers’ incomes.

The President talked highly about his “people and business friendly policies” to promote “youth entrepreneurship” in the country. It will definitely increase income and overall well being of Uzbek people. 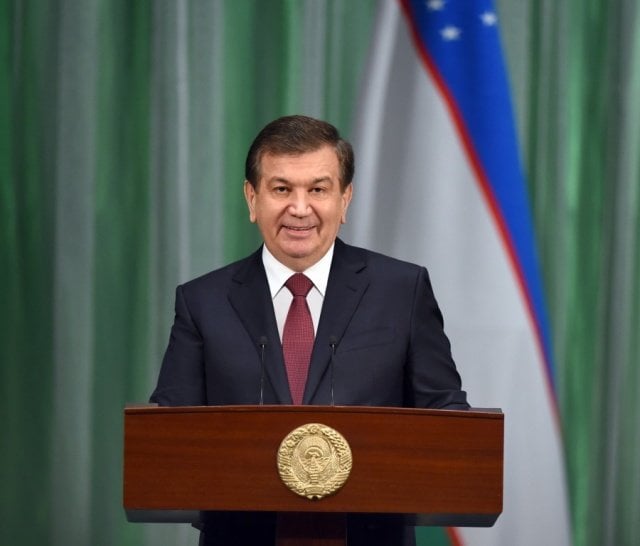 President H.E. Shavkat Mirziyoyev termed further development in public healthcare, education, gas, electricity and drinking water supply, utilities services, road construction, as well as increasing the efficiency of the bodies of internal affairs as one of the key priorities of national plan 2017-2021. It will also address grave problem of affordable housing, he added. Moreover, he point out that 1,136 multistory affordable apartment buildings, including over 100,000 new standard design houses are to be constructed in rural areas in the next 5 years.

During his speech he also mentioned elevating to a new level the activities of parliament and political parties, as well as social organizations, which are the important institutes of civil society. Recent decrees and resolutions in terms of enhancing the activities of the makhalla system, “Nuroniy” Foundation, Women’s Committee, and the youth organization are paying its dividends, he said. He ensured to honor the wishes and aspirations of Uzbek people by implementing serious changes in the system of science and education.

Importance of Social Stability and Cohesion

He also talked about social stability, preserving the purity of holy religion, fighting the threat of religious extremism and terrorism by ensuring the priority of a sound mind and a healthy force in the society, and constantly following a proactive work to elevate spiritual life, protection of Uzbek population and its youth from various harmful influences, and bring them up as comprehensively developed persons. He highlighted different reforms to increase the efficiency of enlightenment and awareness raising works, further developing the activities of cultural and arts organizations, creative associations and the mass media, as well as providing decent wages to the workers of this sphere.

On foreign front, the President H.E. Shavkat Mirziyoyev termed development of ties of close friendship and mutually beneficial cooperation with far and near states, primarily, with neighboring Central Asian countries will remain as one of the key directions in our foreign policy.

President H.E. Mr. Shavkat Mirziyoyev has delivered his maiden speech as new president of the Republic of Uzbekistan during which he valued the importance of humanity, human rights and freedoms and the last but not the least, further social development in the country.

He elaborated his “holistic approach” to achieve further politicization and democratization in the country by connecting the decision makers with people of Uzbekistan. He pinpointed the importance of a functional bureaucracy/administration to achieve optimal participation of Uzbek people by providing all possible facilities/necessities of life and reducing everyday problems.

He talked highly about Uzbekistan’s people, business and investment friendly policies to promote “youth entrepreneurship” throughout the country.

He explained the strategic importance of “national plan 2017-2021”. It focuses further microeconomics prosperity of the country. It provides the future plan to achieve desired goals of modernization and divarication in its macro-economy and productive channels. It covers all aspects of social life and sectors of Uzbek national economy. It ensures rule of the law, accountability and transparency. It carries business and investment model to attract more and more inflows of FDIs and FPIs in the country.

The Republic of Uzbekistan has been declared the second country in terms of the pace of its economic development in 2017. Uzbekistan’s GDP is forecasted at 7.6 percent for 2017. Uzbekistan celebrates its 26th Independence Day with zeal. It has already achieved highest rates of GDPs in the CIS and Caucasus. Its people are intelligent enough to achieve the desired goals of further socioeconomic prosperity, massive industrialization, diversification of economy and productive channels, development of renewable, further promotion of SMEs and the last but not the least, sacred human values as mentioned in the newly announced national strategy of 2017-2021.

Today Uzbekistan is a “Dynamic Country” with a stable and dynamically developing political system, robust economy with an annual gross domestic product growth rate of 8 per cent, as well as a strong and highly-ranked education system. Long Live The Republic of Uzbekistan, President H.E. Mr. Shavkat Mirziyoyev and People of Uzbekistan.