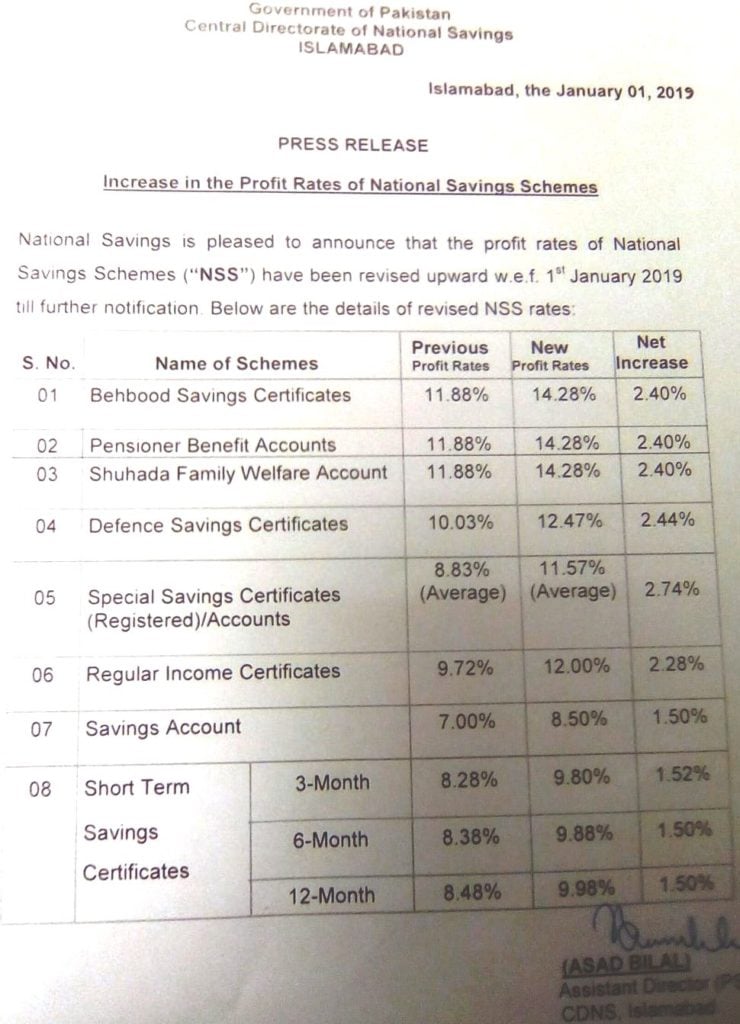 Pakistan Government on 30th April 2018 announced up to 1.09 percent increase in rates of returns for national savings certificates, breaking a 14-month spell of unchanged profit margins for the investment avenues mainly tapped by low-income groups.

The central bank, however, recently accepted the bids for Pakistan Investment Bonds of three-, five- and 10-year. In January, the State Bank of Pakistan raised the benchmark interest rate 25 basis points to six percent after keeping it unchanged since May 2016.

CDNS is a premier financial institution offering retail government securities and savings products (known as national savings scheme) to small savers through diversified product mix. The institution has investor base of seven million and portfolio, which is around 30 percent of total banking deposits of nearly Rs12 trillion. Its share in domestic debt of government is around 19 percent. Most of its products are designed for low-income segments of the society.

The Directorate of NSS also increased rate of profit on short-term papers. The new rate on three-month short term paper has been increased 0.32 percent to 5.92 percent, 0.42 percent to 6.04 percent for six-month papers and 0.61 to 6.25 percent for one-year paper.

Government also planned to mobilise up to one billion dollars from Pakistan’s expatriates via savings certificates scheduled before the end of the current fiscal year. It invited national and international banks for managing the issue.

Overseas Pakistani savings certificates are aimed to launch before the close of this fiscal year. Initially, the certificates would be launched in the Gulf Cooperation Council market and later they would be launched in other countries in different phases. National Savings has already appointed a consortium of Ernst and Young, Haidermota and Company and Al Tamimi and Company as their financial and legal advisers for the structuring of the proposed certificates.